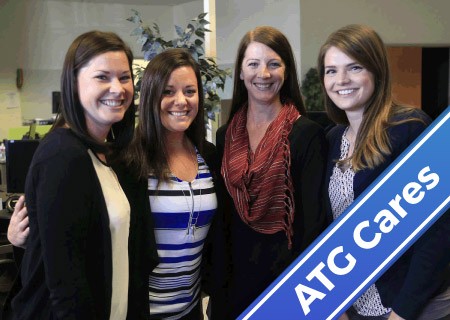 Across the globe, only 24 percent of senior business leadership positions are held by women.

That’s up from 22 percent in 2015, but the percentage of firms with no females in senior management stands at 33 percent. According to consulting firm Grant Thornton, which recently published a report on gender diversity, the lack of female executives costs companies hundreds of billions of dollars because extensive research has shown that male-only boardrooms produce poorer financial results.

Among the S&P 500 companies in the U.S., those with male-only leadership returned an average of 1.91 percent less for investors than those with females in top roles.

Technology and banking are two industries where there has historically been a glass ceiling for women looking to attain leadership roles. Although the managers in the financial services industry in the U.S. are 53.4 percent female, only 30.9 percent are executive or senior level officials and only 2.1 percent are CEOs. That’s according to Catalyst, a global nonprofit with a mission to accelerate progress for women.

In the tech industry, women also face long odds if they want to rise to prominence within companies. According to Forbes, the number of women in IT-related jobs dropped from 36 percent to 25 percent from 1991 to 2008. According to a Reuters study, a whopping 30 percent of 450 large tech firms surveyed had no female executives. Apple, Google, Microsoft, Facebook and Twitter are each have between five and 10 male employees for every one female employee.

There are companies and individuals in Missoula who have broken that mold, and they shared their experiences and advice for younger women entering the workforce with the Missoulian.

At Advanced Technology Group, a national tech consulting firm with a big office in downtown Missoula, a large percentage of leadership roles are occupied by women, a rarity in the tech industry. Kymberly Corwin, managed services practice leader; Kristin Mickey, knowledge management coordinator; Carey Davis, director of operations and employee services, and Holly Foster, executive director of solution delivery, all shared their thoughts on the matter and the advice they would give to young women entering the workforce.

“Hearing about this company and their culture and what they do, I thought it was intriguing and interesting,” Davis explained. “We are a technology-heavy company, but the work that we’re doing leverages so many different backgrounds and skills. So some days I have to remind myself that we are a technology company, even though it’s very prevalent in our work.

"A variety of backgrounds apply so I never felt like it was a challenge to get a position here. It was a very grueling process, good and thorough, but as far as having the opportunity presented to me and having it known that a tech company was interested in me, that was cool to know there were no barriers.”

Foster said that when she was graduating from college in the early '90s with a major in biology, technology wasn’t prevalent as a career path. She’s found that there are a lot of people in tech careers that have science backgrounds, and she would encourage women in all majors to think about a career in tech.

“In the first part of my career, I was often the only female in the room,” she said. “I never found it difficult to get into a company, but I think there were times where I felt like a little bit of an outsider. Especially being young and female because it was a lot of old men. And they do kind of treat you like a child sometimes. But that’s an age thing, too. And I think a lot of people experience that.”

However, at the corporate headquarters where she worked, there was soon a revolution that brought more women into leadership roles, part of a broader shift in society.

Foster said that she would recommend that women get as much exposure to different industries as possible, because technology careers require a broad understanding of the world.

Mickey said that growing up, she often worked as a waitress. Her biggest challenge when she broke into a career in technology was believing in herself.

“Yeah you may be young and you may be in a room full of people, but what you have to say is worth listening to and what you have to say is really valuable,” she said. “I was pretty content just bringing home tips and working in different office positions. But I finally realized ‘it’s now or never’ and made the sacrifice to go back to school. And once I was there the passion grew, and the need and the want to be successful grew.”

Corwin said that growing up, she had never even “looked twice at technology as an option” for a career. That echoes patterns in society, because when there aren’t highly visible female CEOs at tech companies, young girls don’t identify with role models and aspire to become like them. It's safe to say not many little girls identified with Steve Jobs. It will be a slow process, but as more women gain traction in male-dominated fields, younger generations will increasingly see it as an option.

“Technology was so far from a possibility for me,” Corwin explained. “I wasn’t good at math. I wasn’t good at everything I thought I needed to be in technology. But I was introduced to ATG through a former boss and I met (ATG Missoula Solutions Center manager) Tom Stergios through LinkedIn and my first interview was actually with Holly. And the night before my first interview, I had to Google every other word because I didn’t understand it. I thought, ‘This is so not possible.' And then I met Holly, and I was like, ‘Oh my gosh, I want to be this person someday.'"

You can read the complete article on Missoulian.com.

We use cookies to ensure that we give you the best experience on our website. If you continue to use this site we will assume that you are happy with it.Ok