We are excited to welcome you to Big Sky Country, where A River Runs Through it!

We truly believe that we have something special here at the MSC and we are very excited to share it with you. Our people and our office have a lot to offer, and so does the town of Missoula. This guide has some useful information to help you make the most out of your stay here.

The Missoula Valley is in the aboriginal territories of the Salish, Kootenai, and Kalispel people. The Salish tribe called their home “Nemissoolatakoo," which roughly translates to “near the cold, chilling waters. Missoula is at the confluence of three major rivers, the Bitterroot, the Blackfoot, and the Clark Fork – the latter of which passes right through our campus.”

Lewis and Clark made their way across Montana in 1805, and they wrote about their challenging journey across the Bitterroot Mountains. Much of the landscape they traversed surrounding the Missoula area remains unchanged; our rivers flow past landmarks noted throughout their expedition.

Today, Missoula is known for opportunity - high-tech jobs, blue-ribbon trout fishing, farmer’s markets, breweries, music, and central trail systems. It is a place where genuine Western culture merges with cosmopolitan flair. It is, in the words of our friends at the Missoula Economic Partnership, "an intellectual and commercial hub where hard work and avid recreation serve as the balancing ethics of true prosperity.”

Missoula is home to around 75,000 people and is Montana's second largest city behind Billings. 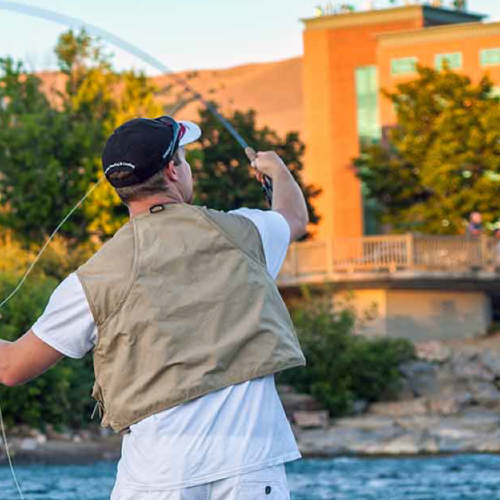 Check with the Missoula Operations team (MissoulaOps@cognizant.com) in advance to see if a Group Rate is applicable for your stay. Cognizant employees booking travel via Concur get corporate rates at all mentioned hotels.

Three buildings make up the Cognizant Customer Success Campus, which is in the heart of the Old Sawmill District along the banks of the Clark Fork River in Downtown Missoula. Our Yellowstone office is on the south side of Wyoming Street in the Cambium Place building, above Brio Fitness. Our West and East Glacier buildings are on the north side of Wyoming Street, overlooking Silver Park. Please reach out to our Missoula Ops team (MissoulaOps@cognizant.com) if you have any questions about the Campus in advance of your visit.

Keep scrolling for a more detailed map of the neighborhood.

MSC is located in the heart of the Old Sawmill District, a vibrant community hub along the Clark Fork River. Once a booming sawmill complex, this property long known as the “mill site” sat vacant from the early 1990s until 2015 —unused and unsightly, but rich with history and potential. It is now home to multi-family residences and student housing, mixed-use commercial office space, casual and fine dining, shops, and a 14-acre city park connecting to Missoula’s robust trail system. 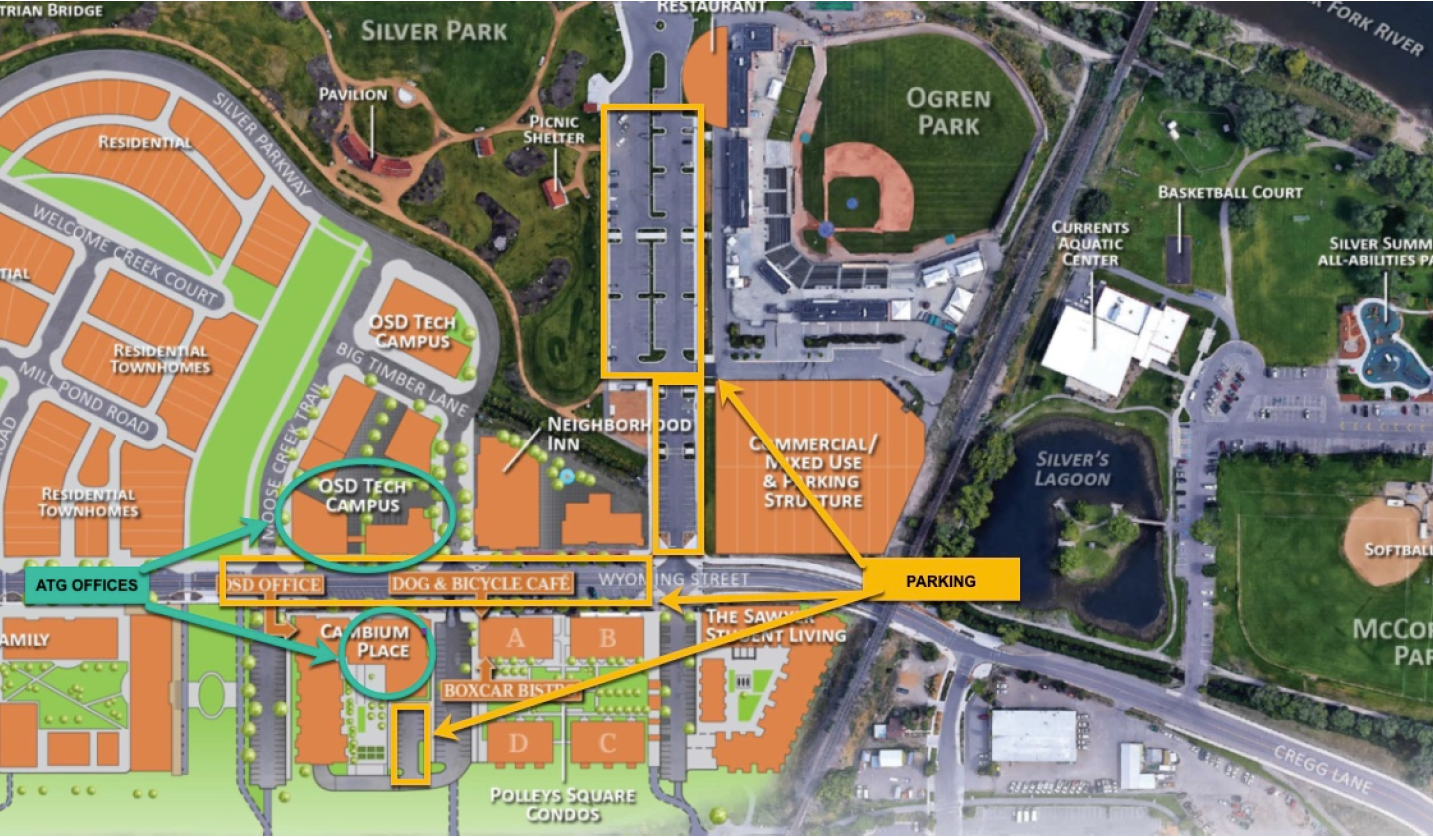 From downtown, head NW on Front Street. Cross Orange Street at the light and turn left to follow Orange Street over the bridge. Take your next right on Cregg Lane, which turns into Wyoming Street. ATG Offices will be on your left, right after you pass Dog & Bicycle café. Look for the Brio Fitness sign.

We use cookies to ensure that we give you the best experience on our website. If you continue to use this site we will assume that you are happy with it.Ok